Mediablast Digital has worked with a lot of content marketing partners through the years.

When we humbly started in 2010 in the Philippines, our very first project was an integrated digital marketing campaign mixed with activation and special events for a twice-defeated politician whom we helped to eventually win a national post that same year.

We appreciated the surge of social media as a big factor in marketing campaigns but realized then that the real winning formula was in a strong content marketing strategy. That early, we new that niche content delivered through blogs and micro blogs will play a big role in pushing brands around the world. That was when we, through digital evangelist and marketing technology visionary Homer Nievera, established Negosentro.com, the first Asian blogazine for startups and digital entrepreneurs in 2011. Since then, Negosentro has been a big part of Mediablast’s trailblazing ways and opened the doors to more blog titles and commercial partnerships around the world.

Today, Mediablast supports digital content marketers and small businesses through its marketing and technology services and its niche blog network led by Negosentro, World Executives Digest and He Said She Said. 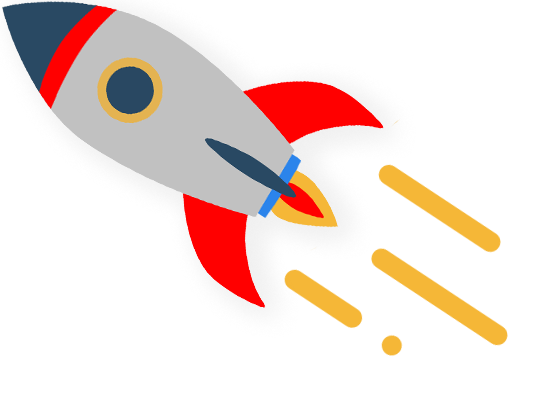 Here are what some of our happy partners say about us:

“Great work, Team Mediablast! The efforts that you constantly put in are an enormous help to the content marketing industry and have helped me personally reach my goals!”
– Dennis Hung, Content Marketer (USA)

“Thank you so much guys for helping me with my digital content needs for my business!” – Patrik Kanada, CEO of 360 Degree Technosoft (USA)

“It is undoubtedly amazing services by you. Thank you very much guys for such an amazing service you have provided us within the short period of time and we get a good amount of business benefits!”
– NuCitrus Technologies (USA)

“These guys have helped me and my team immensely with our business. Warm recommendation for everyone getting involved in a startup!”
– Raul Harman, BizzmarkBlog (Australia)

It’s always a pleasure to work with professionals and be able to share content and experience. Very supportive team which is friendly and helpful.
– Emma Joyce, Content Marketer for Douglas Partners (Australia)

“You’re a great team to work with.Thanks a bunch for your support!”
– Jason Grills, ProProfs.com (USA)

“It has always been a pleasure working with you. I am amazed by your quick responses and you guys are easy to mingle with.”
– Helen Cartwright, Blogger (Australia)

“Working with MediaBlast ensures us that we are getting efficient and effective results, that within the day, stories are published and posted and a large amount of readers are reached. With years of being our partner, they never failed us in meeting our needs. It’s always great working with them.”
– Rosary Ysmael-Palanca, CEO of YMV & Associates, Inc. (Philippines)

“Mediablast has been a regular and reliable partner in our PR business. It caters to all our requirements since they have several blog sites. They have blog sites for entertainment, business, property, technology and others. So, this multiblog sites immediately meet all your online guarantees to our client. Talking about doing business the easy way, Mediablast does it easy for us.” – Franco Penaranda,  CEO of Bluenote Media Works (Philippines)

“You guys rock! What a talented pool of content people able to help us out. Thank you guys!”
– Saroj Aggarwal, Upwork (USA)

“You guys are awesome! Thank you for being a strong partner in digital content!”
– James Stewart, Mobilmindz (USA)

“Wow, that was fast! Thanks so much for being a supportive content partner!”
– Benjamin Brandall, Content Marketer (UK)

Working with your blog Negosentro has taken all the hassles out of my job! Thank you Negosentro family!
-Kevin Gardner, Content Professional (USA)

“Great working with you! Your World Executives Digest site is a very good resource for executives and solopreneurs. Keep it up!”
– Sean Lockwood, Content Creator (USA)

“Mediablast and Negosentro have been incredible content solutions partners to us and our clients here in Australia. Thank you guys!”
– Zac Ferry, Content Marketer (Australia)

“Amazingly quick turnaround! You guys make it sound so easy. Thanks for being a great content marketing resource!”
– Carolin Petterson, Content Marketer (Australia)

“Wow, That was unbelievably fast! You guys are the best! Thank you for all your help.”
– Mark Palmer, Content Professional (USA)

“You guys are awesome! It’s been a great experience working with you. Thank you for helping us!”
– Phil. Exeq Search (Philippines)

“It’s been a great experience working with your team from NegoSentro!”
– Straight North (USA)

“Mediablast has indeed been at the forefront of content marketing in Asia. Keep up the good work,    especially with your blogazines Negosentro and World Executives Digest!”
– Nidesh Singh, Co-Founder of FashionBuzzer.Com (India)

“Thank you for being a supportive content partner. I would be glad to work with you again and again!”
–  Amy Trotter, Writer (Canada)

“Thanks a lot for being responsive and quick in your actions!”
– Amelie Lawrence, Content Manager (Australia)

You will receive newest information about our projects, investments

partners and other important information.